Back to Sepupa boat station, where out truck waited, we were quickly on board since we once again had a long travel day, over 300 km, including border crossing back to Namibia and Caprivi Strip which has an interesting history. My guess is that the road on Namibian side is better, or maybe there isn't even a road on Botswana side. The drive was uneventful, and we were at the camp by early afternoon. It was again on a high river bank, with a lovely view. At dinner we were told that there was possibly a leopard roaming in the camp. Much as I'd like to see a leopard, this wasn't encouraging. By this time I felt quite confident in my tent, but there was some distance to the facilities, and I didn't like the idea of confronting a leopard in the middle of the night.
The next day was mostly travel day again, because, although Caprivi strip looks tiny on the map, it is 450 km. We crossed over to Botswana and drove through Chobe National Park, where we were not allowed to do any game drives (that is, loops on smaller roads) because it wasn't part of the trip; we just went straight through it and were at the camp by 3. We were staying at this camp for two nights, and the campsite was on the edge of a very posh lodge with a restaurant, swimming pool etc. We allowed ourselves the luxury of just sitting down in the bar, doing nothing apart from watching monkeys. There were also other animals walking around the premises. 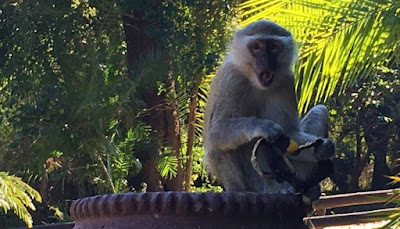 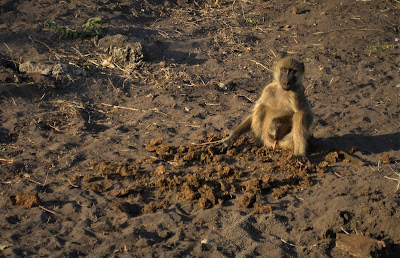 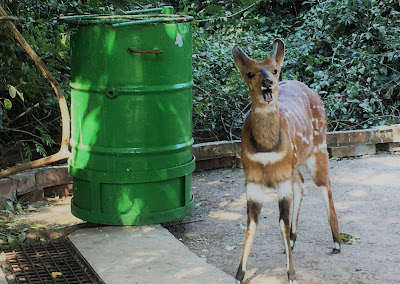 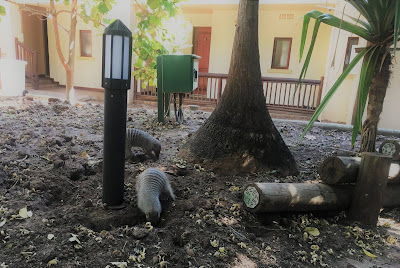 In case you wonder, these are mongoose.

I remembered a colleague who, hearing about my itinerary, said: I grew up in Zambia, and we used to go to Chobe for holiday. I could now see why. It was a fancy resort, not just a camping site.

We had to get cash for the rest of our trip, and strangely, the lodge didn't have a cash machine so we had to walk to town, which was just around the corner. There was a long queue, apparently caused by it being pay day. The machine only allowed to withdraw 2,000 pula (I had no idea how much it was in any familiar currency), so I had to use two different cards. There seemed to be a significant charge for cash withdrawal, but there wasn't much we could do about it. We needed money for Victoria Falls, and Dumi said there was shortage of cash there. Zimbabwe uses multicurrency: South African rand, pula, US dollars, pounds, euro – but not Namibian dollars. I had given up on trying to understand.

Everybody was a bit down this day. Some were still recovering from stomach problems, but mostly we were all tired, physically and emotionally, overloaded with impressions. I was thinking that I didn't want to see another animal any time soon. But I was wrong.

In the morning we took an optional game drive in Chobe National Park, in a open vehicle. 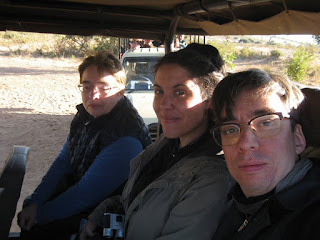 It was disappointing. We saw some hippos, a couple of elephants and a group of giraffes quite close, but somehow it all felt anticlimactic. The best part was hot coffee with biscuits on a hill with a nice view. 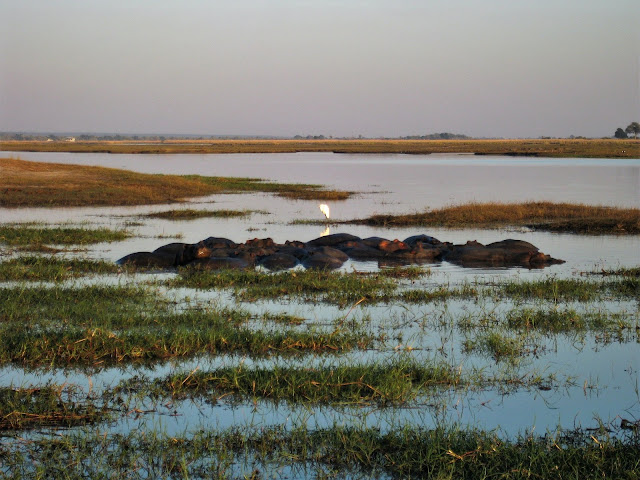 There were no activities between the game drive and lunch, and I decided to have massage. When we arrived the day before I saw an advert for spa and told myself it was just what I needed after a long time on the bus. There were several options, and I took the most exotic: maasai stick. It turned out to be a wooden thing with two balls attached on each end. It was used by maasai in Kenya to hit animals on the head. The masseuse didn't know who came up with the brilliant idea of using the stick for massage. It was like being massaged with a rolling pin. I felt revived.

I had very low expectations of the afternoon river cruise. I thought we would sit on a boat and admire the view, which was undeniably pretty, and it would be nice to have some fresh air for a change from being inside a bus. But right as I thought nothing could get any better, there was another highlight. The boat went slowly, stopping when there was something interesting to see, and there was something all the time. And the boat got very close. 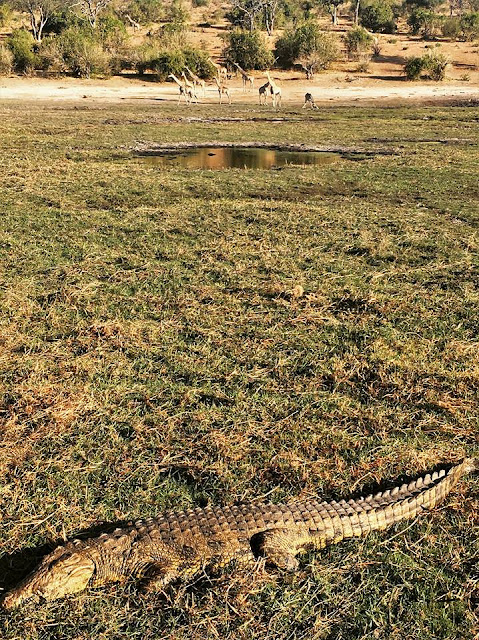 Tons of elephants, including a tiny baby, and two bulls who fought or pretended to fight. 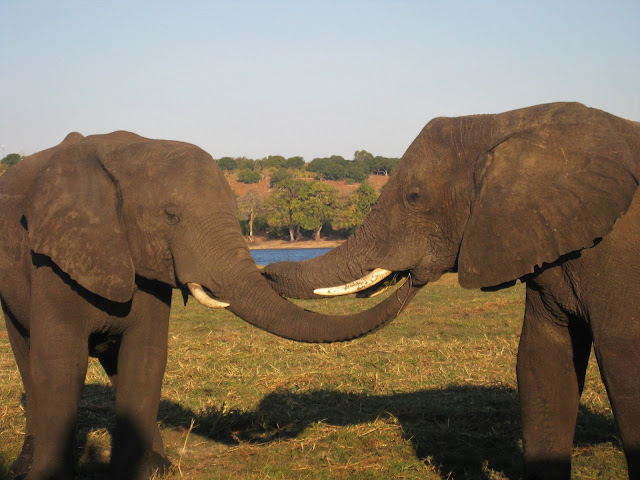 And now I know why elephants wave their trunks when they have ripped out grass: they shake off sand! I had seen them do it often, but had no idea.

Zillions of buffalo. Antelopes. Various rare birds, including marabou. (Marabou is included in the list of seven ugliest animals in Africa – I don't know why, I think they are cute). Hippos. And at least forty giraffes, galloping down the slopes and then walking slowly along the shore. Even the guide took pictures, and when we told Dumi afterwards he said it was very unusual with such large herds. It was spectacular, ending with yet another glorious sunset. 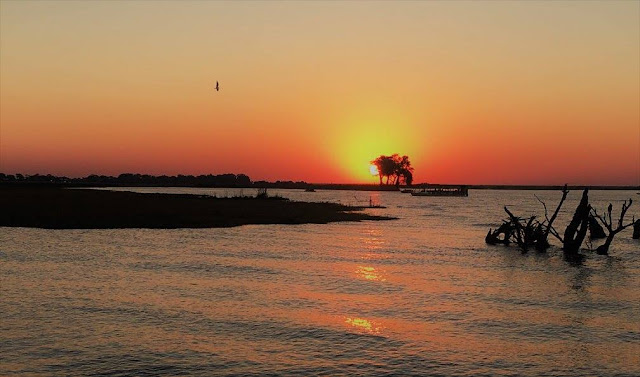 We all agreed that it was the best possible conclusion to our wildlife adventures.

Because next day we were going to Victoria Falls.

Posted by Maria Nikolajeva at 17:45