When we moved to Cambridge almost eleven years ago, we had no clear sense of how long eleven years are. To begin with, we even considered keeping our house and renting it out until we came back. We didn't contemplate that a lot can change in eleven years.

When we had settled in the house which I felt was the first and only home I truly loved, I thought I would like to stay there forever. Cambridge is a wonderful place, physically and intellectually, and when people asked whether we planned to go “home” after my retirement, we replied, no we planned “to stay home”.

Everything changed with the referendum when it initially felt that we might not even be allowed to stay, and later that we probably didn't want to stay in a country that didn't want us. Yet for various reasons we didn't necessarily want to move back to Sweden, so we discussed other options: an EU country with a pleasant climate, good health care and low living costs.

But all these deliberations are irrelevant now, and all decisions are governed by totally different forces. When I left Milton, I hoped that subsequent decisions were not too urgent, that I would have time to think, recuperate, calibrate. But for a number of reasons things moved on much quicker than I could predict, and even before the house sale commenced I had to consider my options. Even if it had been financially viable, I was confident that I didn't want to live on my own in the house where so many happy hours were spent. The house was too big for two and far, far too big for one. Selling the house and buying something closer to town? Not with Cambridge house prices. Selling the house and buying a smaller one in a village further away? But here the crucial question of networks came in.

If you live in a village, you are dependent either on a car or on public transport. The latter isn't always reliable. Our Milton bus doesn't run on Sundays. I don't know how many more years I can drive. I have already stopped driving in the dark. My optician says I am fine for now, but how much longer? Thus, in the near future, isolated in a village.

Hearing this argument, my colleagues said: But you have so many friends here! True, I have friends, some closer than other; but most of my connections are work-related. As long as I come to the office every day, chat to colleagues and students, have lunch in college, occasionally go out for a drink or dinner, I am part of a community. But how often do I see friends outside work? Admittedly, I have become better in taking initiatives since I moved to Gatehouse: I suggest lunches, teas, walks, concerts and movies. Still, I probably meet my two closest friends once a month, and the rest more seldom, some as seldom as once a year. It's inevitable: people are busy, they have families, interests, obligations, and even if I make a point of coming over from my hypothetical village as often as possible, how often can I realistically count on meeting up with someone? In two-three years all students who know me will be gone. That leaves a limited circle of potential lunch companions. And how many will take the trouble to come and visit me in my village?

But surely I can come to events in my old workplace: lectures, seminars, conferences, open days..? Yes, I certainly can, but do I necessarily want to? I would hate to become a prop who turns up at events, to everyone's irritation, just to remind the world of their existence. Frankly, I am done with academic life. I want to do other stuff.

And certainly I can do other stuff in my hypothetical village. When people ask me what I plan to do after retirement, I have a long list that I have already shared here once. It hasn't changed much.

The past six months have shown that I enjoy solitude and would probably feel fine. And yet there is an emotional reason that has eventually tipped the scales. I believe I would feel more lonely in a place where I once was happy.

So after long and painful argument with myself, I have decided, and the decision felt like liberation. After all, I have children and grandchildren, and although, as I always claim, we have been seeing each other more during these past eleven years than when we lived in the same city, they might want to meet up every now and then. I have friends in Stockholm, with whom I keep in touch on social media. If I meet one a week, it will take me at least a year to reconnect with them all. I can even make new friends through my new networks, such as miniature making.

I will be able to do all the stuff I have been planning to do – except falconry which is banned in Sweden. I may find other things I want to do. I will most likely not have a proper garden, but I have just discovered that there is such a thing as balcony gardening, and it's big! There is scope for imagination, as Anne of Green Gables would say.

The nice thing about these future plans is that I can always come back to Cambridge for a while. And friends who want to see me will have to find time to do so. 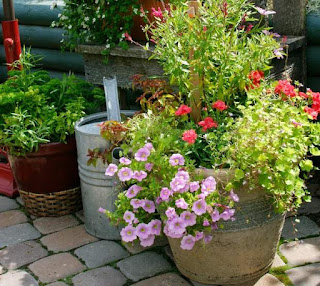 Balcony gardening: an option
Posted by Maria Nikolajeva at 13:32 No comments:

Alidinka, my dear friend! In the past fifteen years we kept saying that we must meet soon, and now it is too late.


We first met all those many years ago in San Diego when I was there for the IRSCL board meeting. Then I came to San Diego again on a weird grant: go anywhere you want and teach. Colleagues were not at all upset when I offered to teach their classes for them. I stayed with Alida during one of my two visits, and at that time I was looking for somewhere to go on my large three-year research grant. Alida took me to talk to her department head, and that's how I ended up in San Diego for two years.


Alida was a wonderful colleague and friend, always full of ideas. Every Tuesday after work we went bowling. Every first Sunday of the month we went out for dim sum. She took us to Coronado which at that time was still open for sumptuous brunches. She took us to Jewish delis.


Once she took me to a conference in Los Angeles. We shared a motel room. In the morning, I saw her sleeping on the floor in the bathroom, cuddled in her duvet. What's happened, Alidinka? “You snore”.

Alidinka was my special name for her, a Russian diminutive, just as she always called me Mashele.


In 2001 we were both invited to China, which was in tough competition the weirdest trip I ever made. We were invited by a provincial publisher who had just started a series of translated children's novels by Andersen Medal winners. At the launch, they wanted Alida to speak about American winners and me about Swedish winners. We decided to take a couple of extra days in Beijing, and the publisher arranged for us to stay at their province's residence which turned out to be a dilapidated palace in the middle of a slum, just around the corner from the Forbidden City. After several attempts we managed to shake off our hosts and explored the city on our own. Alida had a small travel grant which enabled us to take a taxi whenever we were too exhausted by heat and pollution. Alida spoke Cantonese, which wasn't very helpful, but we quickly became friends with people in the slums from whom we bought suspicious food. We met my Chinese translator, and we gave talks at two universities where professors spoke no English, but students did. We ordered pretty clothes in a fabric store, to be custom-tailored by the time we were to leave. All on Alida's grant.


After some days of freedom in the slums, we were moved to a posh international hotel where a bottle of water cost ten times as much as in the slum shops. We met more exciting people.


After the conference, we didn't have time to go to Shanghai, like the other delegates, but we went to Chengde (not to be confused with Chengdu), what we thought was a small town, but turned out to be a three-million city. We were dispatched on a train with a special carriage for foreigners that we had all to ourselves. We also had to stay at a fancy hotel for foreigners, and still Alida's grant covered it. We explored the gardens. We went to the twelve temples. It wasn't possible for our hosts in Beijing to arrange return travel so we had to go to the railway station in Chengde. Nobody spoke English. Alida's Chinese was inadequate. We ended up on a slow train – seven hours rather than two – crammed with locals many of whom had probably never seen long-noses before. Everybody on the train came to stare at us, and many offered us dumplings and fruit. Alida was uncomfortable; I was amused.


Soon after, we left California, and if I am not mistaken that was the last time I saw Alida, although I returned to San Diego on several occasions. We stayed in touch via social media. I know she went back to China again and again, maintaining strong ties with all friends we had made. I know she was hugely appreciated.

And all the time we were saying: We must meet soon.