Currently, both media and individuals are summarising not only the past year, but the past decade. For me, the 2010s more or less coincided with my sojourn in Cambridge so it feels natural to look back at it. While on the global scale these years have been disconcerting, for me personally they have been fruitful and enjoyable.

I had reached the highest position an academic can reach, a Chair in one of the three best universities in the world (the ranking rotates from year to year, but Cambridge is always in the top three). I believe I have done the work well. I built a community that I am proud of. I took fourteen doctoral students to completion and supervised scores of masters. It was a pleasure and a privilege to be among these brilliant young people with their inquisitive minds and tough questions. My former students have good jobs or other prominent positions. Some have become friends. 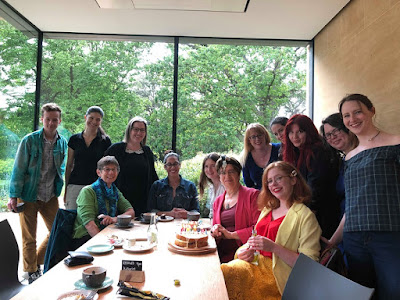 I very much enjoyed being a Fellow of Homerton College, a superb intellectual community where you have opportunities to meet outstanding people outside your discipline. Free lunches and college dinners may sound attractive, but it's not about being free, but being an environment for professional and personal growth. 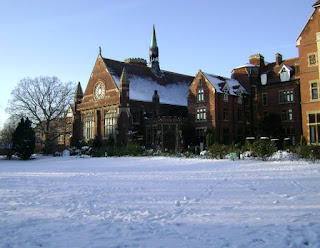 I published two academic books, edited several more, revised a successful handbook, and I have lost track of articles and book chapters.

I also published a book of memoirs that hasn't received as much attention as it should have.

I attended some great conferences and hosted a few – how great those were is not for me to decide, but I was pleased. 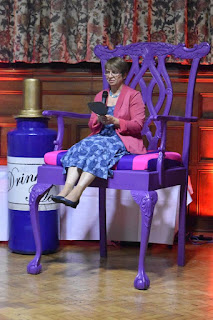 I was elected Fellow of the English Association “for my services to the English language”. Given that English is not my native tongue, I find it quite remarkable. My English has significantly improved during these years. For what it's worth, I learned a lot about UK geography, history and habits.

I met and in some cases became friends with some brilliant authors. I also made many new friends within and outside of academia. I had always thought it was impossible to make real friends at later stages of your life, but I was wrong. And some older friendships grew stronger. I am exceptionally lucky to have these friends.

According to Goodreads, I read 437 books in these years. Some for work, many for pleasure. A few were life-changing. I hadn't imagined that you could still encounter life-changing books at my age. Others were perhaps not life-changing, but still highly enjoyable. My reading habits have changed. I now read more slowly. I don't finish books that do not engage me after fifty pages (unless it is for work). I started reading on Kindle in 2013, and I read more on Kindle than in print, mostly because it is convenient. Kindle books demand no shelf space, it's comfortable to read in bed, you can take as many as you need when travelling, and you can choose the font size. Contrary to existing research, I read slower and deeper on Kindle.

I also got an iPad early and love it dearly. I am ecologically minded and have completely stopped printing out lectures, conference papers, meeting documents and such. I even managed to persuade my department head to give up printing. Together with Finance office they figured out that if they gave each department member an iPad, they would save on printing within three months. I secretly take credit for this contribution to greener environment.

I was given a smartphone for my sixtieth birthday and have since then discovered lots of apps that make my life easier. I am a champion of getting lost, and the navigator was my saviour.

Continuing with technology: like most people these days, I switched from DVDs and Blue-Ray to streaming, and I use Spotify on daily basis. Last year I invested in noise-cancelling headphones which is probably the most useful gadget I own.

I went on several remarkable trips, including the Amazonas, Madagascar, Southern Africa and Orkney. Every time I tell myself that it is likely the last major trip in my life. I definitely prefer nature to culture now. 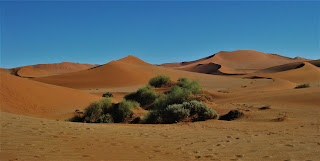 I became a passionate walker and cannot imagine my life without walking. I walked Hadrian's Wall and some other wonderful trails that abound in the UK. I had fabulous walking companions. 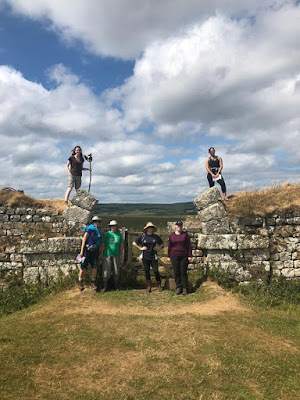 I tried falconry which I hoped would become a pastime in retirement, but it wasn't to be. Still, it was an experience I wouldn't want to be without. 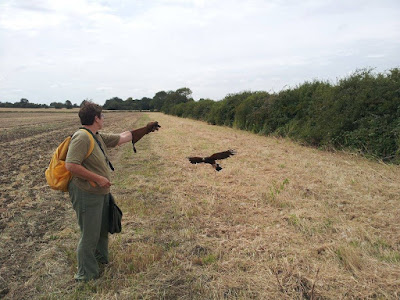 For a few years, until my peripheral eyesight failed, I was a star-gazer, spending hours with my telescope and becoming particularly good friends with Jupiter, sketching the position of its four large moons day by day. I once saw Uranus, only because I knew it was supposed to be there, and I observed Venus phases. I wanted to be an astronomer when I was young so at least I fulfilled a tiny bit of this dream.

I developed as a gardener, and although I probably killed off more plants than I succeeded with, after ten years my garden started looking the way I had wanted. 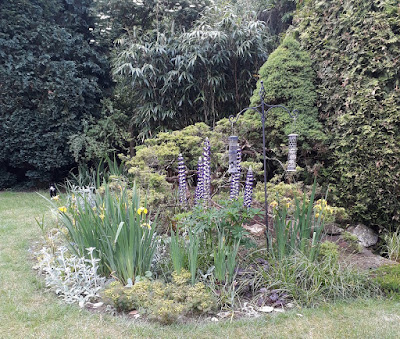 I was a faithful servant to four cats. (You know, you cannot own a cat, you can only serve them, if they allow you to). 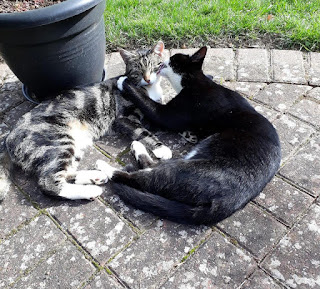 I pursued my miniature-making hobby and finally decided not to wait until retirement and acquired a huge dollhouse that so far took me six years of work, and it's far from finished. Six years sounds like a long time, but it is rather abstract and imprecise so I will instead account for my time investment in hours: about 2,000. I made many other projects in between, among them room boxes I gave away as presents – I believe appreciated. 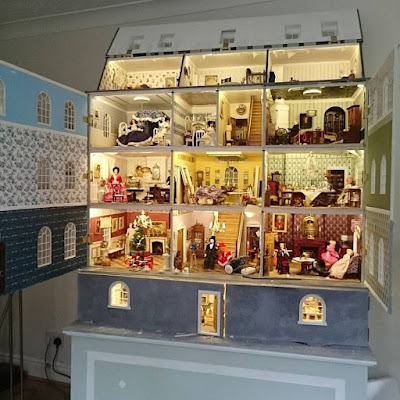 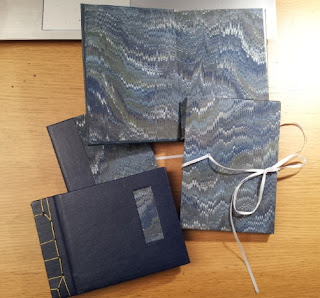 My grandchildren have grown up. I have become older – maybe wiser.

On reflection is was probably the happiest decade of my life.

Some friends have had a chance to see snippets of my new life on Facebook, but I should probably offer a brief summary, now that I have reached my final destination. Well, not the final-final, which will probably be the lovely Forest Cemetery in Stockholm.


Of course you never know. Four years ago I was still confident that Milton, Cambridgeshire, UK, was my final destination (close to crematorium). Then came Brexit and its uncertainties. Then came other things and a series of moves and temporary dwellings. But this time I have hopefully landed.


I now live in a north-western suburb of Stockholm. I don't know this area at all. When we lived in Stockholm, three lives ago, we lived in a southern suburb. It is pure serendipity that I started looking for a place to live in this area, and I love it. It is right on the edge of a large nature reserve, that I have tentatively started to explore. It has several lakes and wetlands, a wide variety of wildlife and a 35km trail that will be my goal for summer. 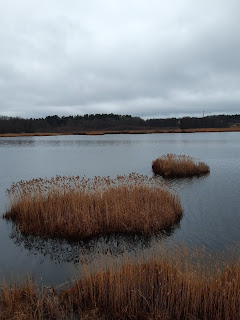 At the same time, it takes 15 minutes to city centre by commuter train so I don't feel isolated at all. I have already returned home late after various events, and it wasn't much different from returning to Södermalm.


My local shopping centre has everything I may ever need. There is even a small old-fashioned cinema that is closed at the moment but is supposed to start operating again soon. There is a library and an excellent independent bookstore. There is a second-hand shop where I have already found some household stuff. Within walking distance I have a humongous shopping area with IKEA and other outlets. 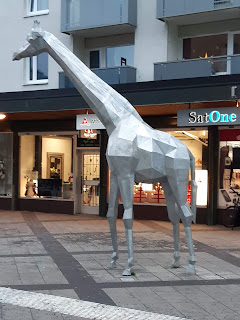 My new place is a condo that in the UK would be classified as one-bedroom and in Swedish is called 2rok, spelled out as 2 rooms and a kitchen. It is exactly what it sounds like: a large bedroom, a large living room and a large kitchen with a large dining area. Plus a large hall, a large bathroom and a large glazed balcony. The rooms face in two directions so there is plenty of light, and the windows are large. (I seem to be abusing the word “large”, but it really reflects my perception of space). There are zillions of built-in wardrobes and even a large – yes, really large! - walk-in wardrobe where I will store all my craft supplies. Otherwise I don't have a lot of furniture, and I got rid of much stuff when I was moving from Cambridge so the rooms are truly in a minimalist style which has always been my dream. In previous lives, we had far too many books filling every available space. I haven't unpacked all my books yet, but I will hardly have more than three or four shelves. As I said: I have a library within three minutes walk.


I am going to have a balcony garden. So far, I only have a potted Christmas tree and a couple of plants I brought from my rented flat. I aim at a tiered, hanging garden with flowers, decorative plants, herbs, strawberries and maybe even some veggies. I have also volunteered to join the garden committee of my cooperative. We have a lovely communal garden that could benefit from some improvements. 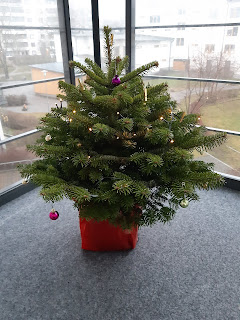 
Most important, in two weeks I will bring home two longed-for friends, Smilla and Smirre. But this is another story.

Posted by Maria Nikolajeva at 12:56 2 comments: