All those square meters 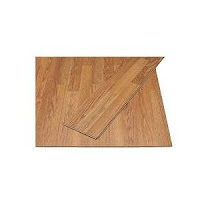 I must admit it: there is one major flaw with our new house, at least in our eyes. It has fitted carpets. Even if we liked fitted carpets, they are the colour of weak tea with milk and completely worn out. But we don't like fitted carpets, and the very first time we saw the house we told each other that the carpets would have to go out. We would move in and get rid of the carpets successively. I did flooring in the old country, both vinyl and EasyLock, so I would do one room at a time, at least the bedrooms. We could hire someone to do the living room and the dining room later. Staffan pointed out, however, that we have the huge cupboard from his childhood home. I remember when we moved it, together with other family treasures, from Gävle, a hundred miles north of Stockholm. We rented a small truck which Julia volunteered to drive because she had done it before; Anton, a friend of his and Julia's boyfriend were to carry. It was January, cold, snowy and very slippery. Madness, in other words. And that huge, heavy cupboard with glass doors. I can't imagine how the three young men managed to bring it into the house. When it was loaded into the moving van in the old country, I looked away.

Staffan's implication was that once the cupboard was placed in our new dining room, we would not want to move it again. Which means that the floor must go in before the cupboard. We had been to a store called Floors to Go and looked at floors and got a card of a man who did the job. So we decided to let him do the dining room. He came for inspection, and in the meantime we decided that we could just as well take the living room. It's too large and too irregular for me.

John made a great impression on me because he had a little electronic gadget to measure the rooms. I had measured them all with an ordinary ruler. We both came up with more or less the same results. While he was calculating the costs, Staffan looked at me and said (in Swedish): "Shall we ask him to do the corridor?" I had planned to do the corrdor myself, but suddenly it felt such a relief to pay someone to do it. I remembered the measuring, the sawing, the d-d radiators where small round holes have to be cut out, the thresholds, the borders. John said he would do all our endless square meters in two days. I know it would take me two weeks. I would enjoy it and be proud of myself, but right now there are so many other things I will enjoy.

By the time we came home to Water Street we had decided to let John do the whole house.
Posted by Maria Nikolajeva at 15:22

Email ThisBlogThis!Share to TwitterShare to FacebookShare to Pinterest
Labels: moving