Julia and her, I always want to say boyfriend, but he is actually her husband, came to visit for two days. Or rather Pontus came for two days, and she joined him 24 hours later. They were supposed to come together, but she was invited to participate in a fancy TV show, who wanted her so much that they paid her airfare, which must have been atrocious two days in advance. We enjoyed the company of our son-in-law for a whole day. Usually Julia does all the talking, so this time I felt I got to know him better. It also coincided with our new fireplace which we inaugurated in the evening. Nothing like a good fire to get a conversation going.

Then Staffan and Pontus went to Stansted to pick up Julia, but it was very late and I went to bed, so I saw her first in the morning. I hadn't met her since her wedding. She hasn't changed much, or perhaps she is still more happy and harmonious.

We hadn't planned any activities, but I suggested that we might go and see the Vermeer exhibition at Fitzwilliam, and if they hadn't seen the Tintin movie, I could perhaps be persuaded. We had a long lazy discussion during the prolonged breakfast and decided that what we really wanted to do was some serious shopping. They are both dedicated antique shoppers and great fun to shop with. After some deliberations we agreed on Ely, because it has a regular flea and craft market on Saturdays, a street of charity shops, a street of antique shops and three floors of antiques in an old factory building. So for once, I was in Ely and didn't go to the cathedral, except for tea, because at my favourite teashop, The Fire Engine, lunch was over and tea didn't even contemplate starting yet (this sounds like a quote from Winnie-the-Pooh, and it is meant to).

We began with the market because it usually closes by two, and the first thing Julia saw were two tea cups from the Botanic Garden series, that I had been looking for, since Staffan had recently broken one just as he had developed a particular fondness of them. So I bought those, and as I had paid Julia also saw a matching teabag saucer, which I bought, and some other items I didn't. Then we went on browsing, and my favourite stand with keyrings and other trash wasn't there, and I lost them, but finally found them at the stand with Swedish glasswear, in a vivid discussion with the seller on the various qualities of Swedish glass design. They bought two candlesticks and got £2 discount for the conversation.

Then we combed through the charity shops which didn't yield anything this time, and through some antique shops, where I found a matching plastic armchair for my 1:24 scale roombox at the incredible price of £1. The shopkeeper had no idea what I was talking about when I mentioned 1:24. It must have been an unusual item among her china shepherdesses and silver spoons.

But the serious shopping was still waiting, and we had our cream tea in the Cathedral teashop, to keep us going. It wasn't anywhere in the vicinity of The Fire Engine, but you cannot have everything.

Now, I own more things than I will ever need, and I left so many things behind when we moved from Sweden that it feels to start gathering things again, but there is one object that I have coveted for a long time: nesting tables. There are usually dozens of sets in antique shops, but so far I hadn't seen any that I definitely liked and that would fit with the rest of my interior. I had told the kids that I was looking for nesting tables, so they were not at least impressed when I pointed to a set which was just the one I wanted. Mind, I had been looking for the last three years. They were searching for barometers and old tools, but eventually bought a magazine rack (yes, they managed to fit it into their suitcase), a Chinese abacus and a fancy handbag. As I say, it's fun shopping with them. The abacus will look fabulous beside the iPad.

Then we went home and celebrated the purchases drinking wine on the patio. It was a wonderful warm arfternoon, still light, since we hadn't yet switched to winter time. They left this morning. We hadn't seen the exhibition or done any other intellectual stuff. 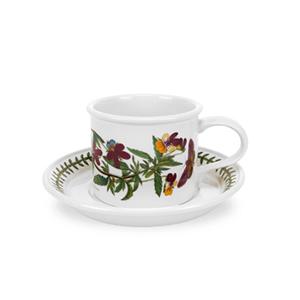 Posted by Maria Nikolajeva at 20:13

We also discussed Finnish and Venetian glass. And Beatles pop-art.